The body of work in my show at the Comfort Station Gallery in Chicago, Everything Is Text, involves a character-driven, interactive element with a hyper-local (installation space) wireless platform. Viewers connect to the wireless network via their phones or computers and submit messages on a website that is set up on a Raspberry Pi configured as a web server. Using an Arduino, the messages are then parsed through their characters for Morse-code interpretation and re-representation as visceral and aesthetic experiences using color, light and visual rhythm. Each character (A-Z, 0-9) has its own alphabetically and chronologically mapped color from the RGB gradient (36 steps); A is red and 9 is orange. In order to experience the feedback loop and influence the works, viewers need to physically be in the space within the range of the wireless signal. The viewers are present within the system as text and then the system surrounds them with color. This system was running 24/7 for a month so viewers could interact with it while the gallery was closed. This work investigates the tensions between the physicality of net space and the user experience. Not just how the net can be used and presented as a medium, usually screen based, but also how this virtual space can cross over into the physical gallery by re-aestheticizing the coded software and hardware systems involved. Line (A-Z; a-z; 0-9; RGB) reinterprets the messages into light according to the RGB color map mentioned above and pulses to Morse-code. 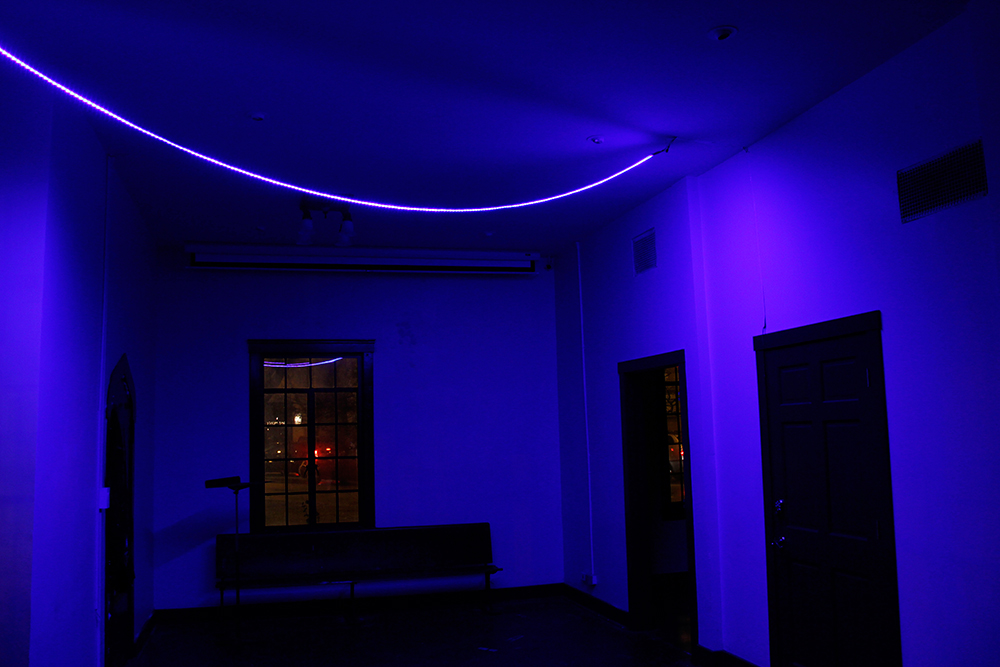 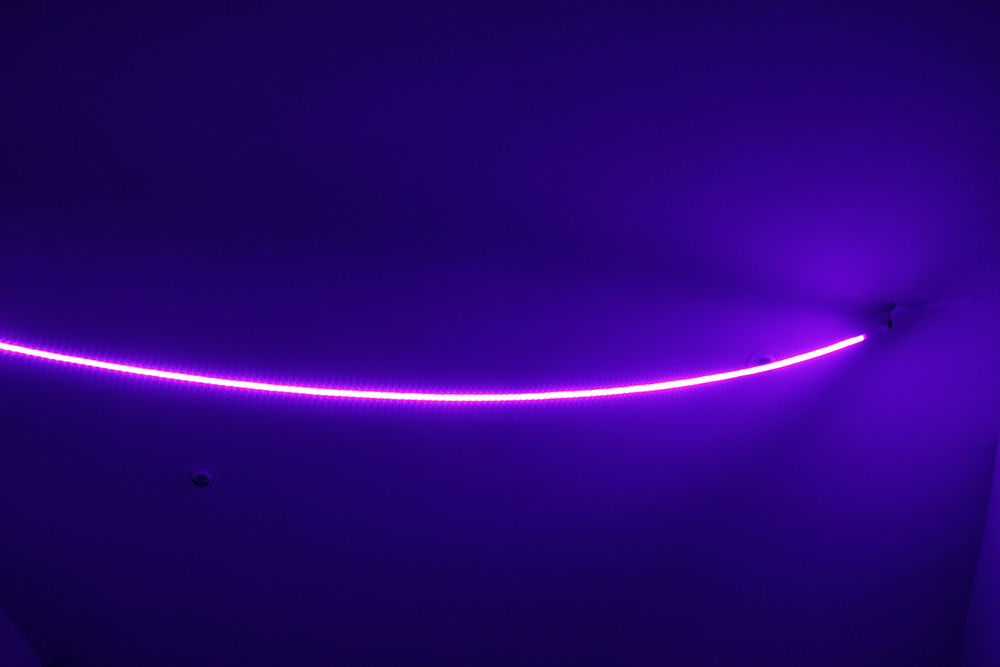 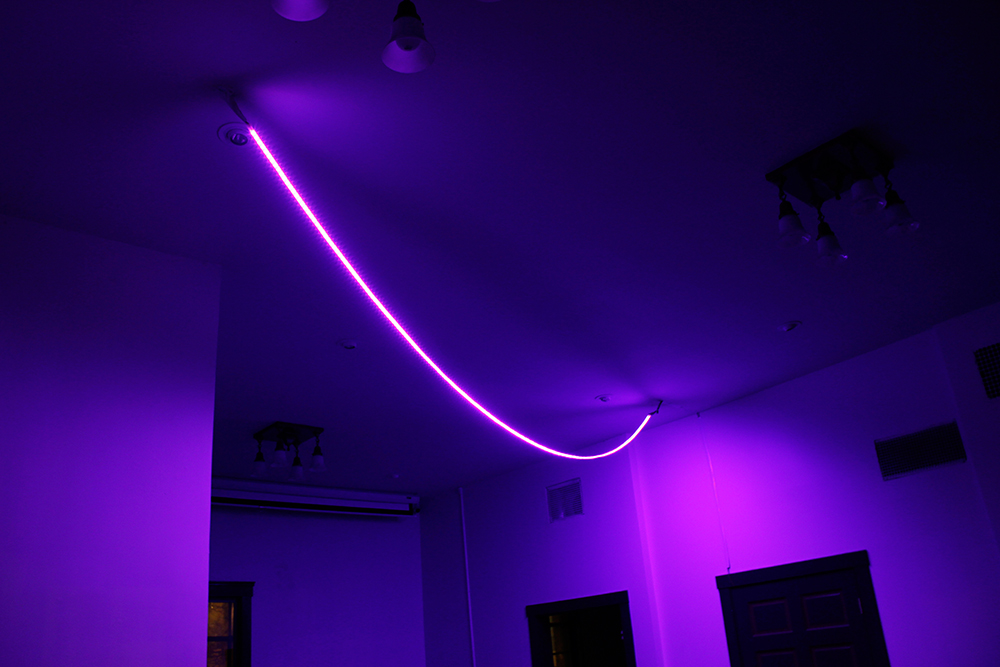