In May of 2014, I spent three days at the Media Archaeology Lab (MAL) at the University of Colorado Boulder in Boulder, Colorado as an artist in residence. The lab houses antiquated technological devices (printers, video game systems, computers), which are in working order. This is a document of the process behind the project and conceptual ideas.

My proposed basic idea was to interface a new computer with an old computer (1980s) and have them communicating with one another through a shared communicative network, such as serial or a Local Area Network (LAN). After a bit of research before the residency, and buying my own Macintosh Plus, this proved to be a more difficult engineering problem than I had anticipated. A nice example of this kind of networking can be seen here. I am still researching the possibilities of interfacing my old Macintosh for a future project, but I shifted my focus for the MAL project to a LAN using Ethernet and the web browsers installed on each computer.

In order to hook up the computers to this LAN, they needed to have Ethernet ports and the MAL had a few late 90s and early 2000s Macs with this capability, specifically an iMac G3, eMac, and iMac G4. To create this network, I would still need to find another computer to run as a server and wanted to keep this element as small as possible for aesthetic reasons. The Linux operated Raspberry Pi worked out well, so I configured one to run as a web server and hooked this up to a modem, which then ran to the different computers. This network created an intranet, and the three computers I used were displayed next to each other making a triptych.

Using PHP, JavaScript, HTML and CSS, I coded a single webpage that customizes the output depending on what browser is being used on each computer. The page's elements change and function without a user's input, creating an automated system within. There are limitations to what some of these browsers can show, such as non-transparent PNGs, so I had to markup the page using different and sometimes obsolete techniques to create a visual continuity between the screens. The visuals in this project became a humorous collage using old and new Internet graphics, presenting the Internet as a superficial, monetized system. Using these older obsolete computers also conceptually ties into this market value, as these computers were once the top of the game in terms of speed and price, but are now relegated to a museum piece, or worse, discarded.

An LAN could be thought of as an old system of networking computers that can be updated with newer software. This network is old in form (hardware), but can be new in function (software). The Internet itself becomes a constantly updated media archaeological object in this context. This whole system of Internet physicality that is set up in this piece uses the inherent, sculptural element of the net: the computer. The Internet as software is still in it's native medium here, even as it is shown in a physical place and disconnected from the WWW. This piece exists in and of itself and needs specific browsers to be marked up and coded for. It becomes a site-specific work, the site being the network.

This sculptural solution for a networked piece led me to think about the Internet as an art object and what that might look like. Not just a website based on the WWW, but rather using the Internet as a physical medium in the form of an intranet. The Internet has a physical presence, not only as servers and wires, but also down to the quantum level as electrons (software, images, etc.). These electrons reside on a server and flow through wires, which are physical and energy consuming objects. As an installed sculpture the piece would look something like the last image, an example using a new and old computer (no mice or keyboards would be needed with a desktop computer). The histories of net art and video art displays are referenced here and the visual language of the hardware is just as important as the software. 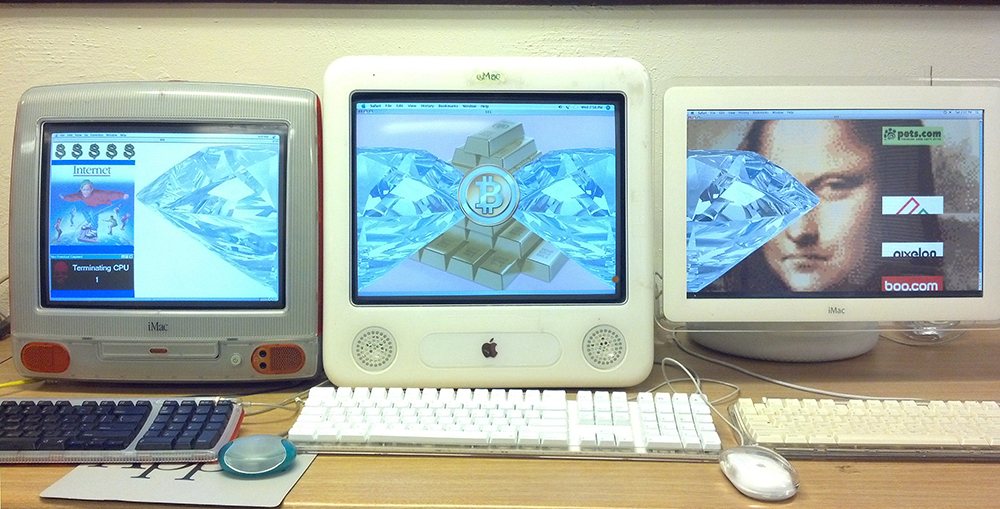 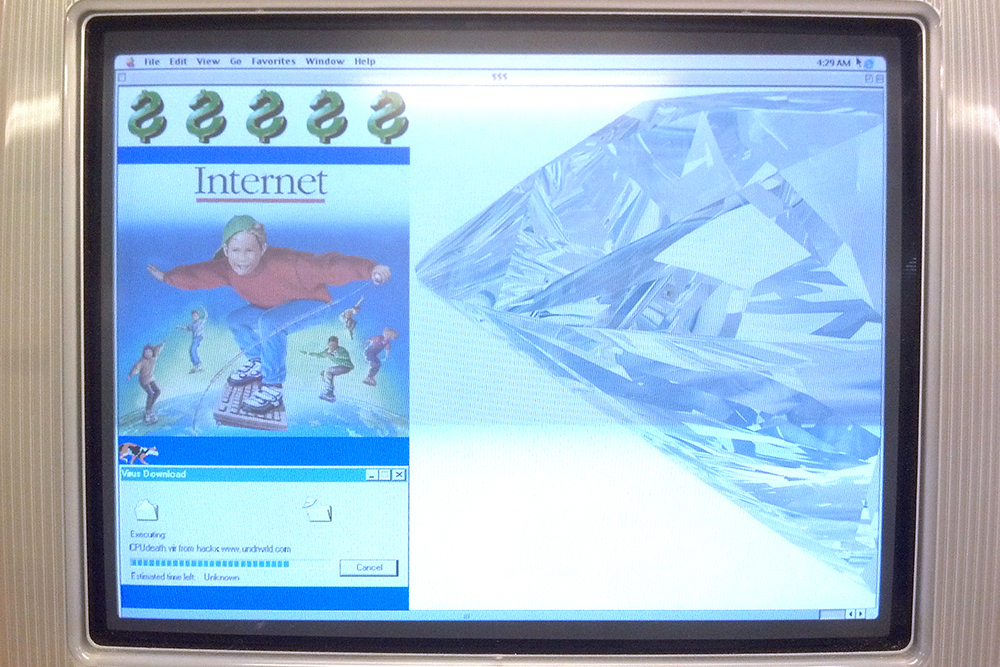 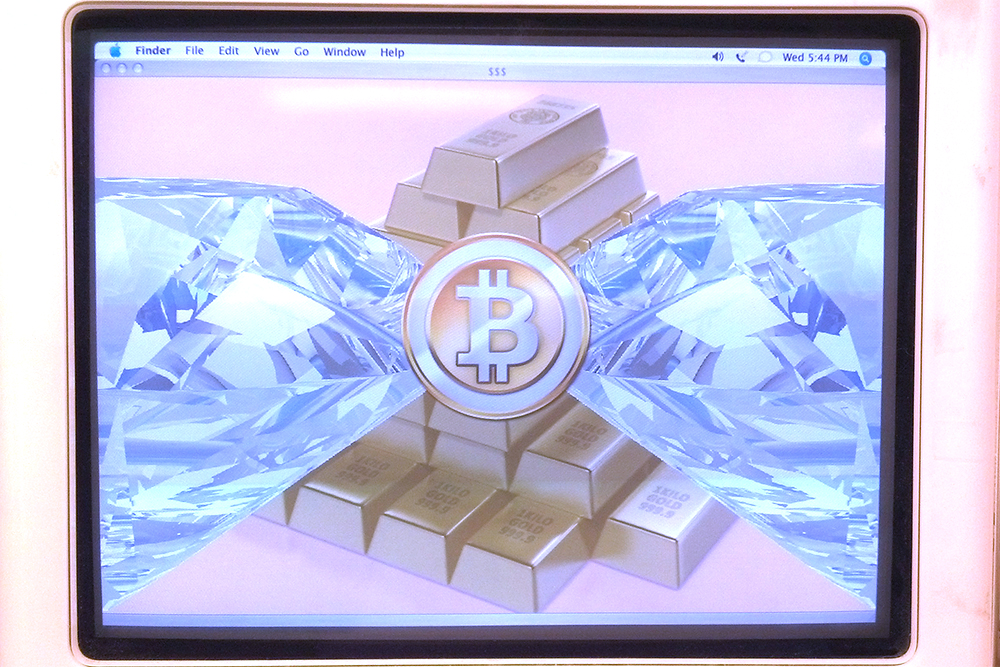 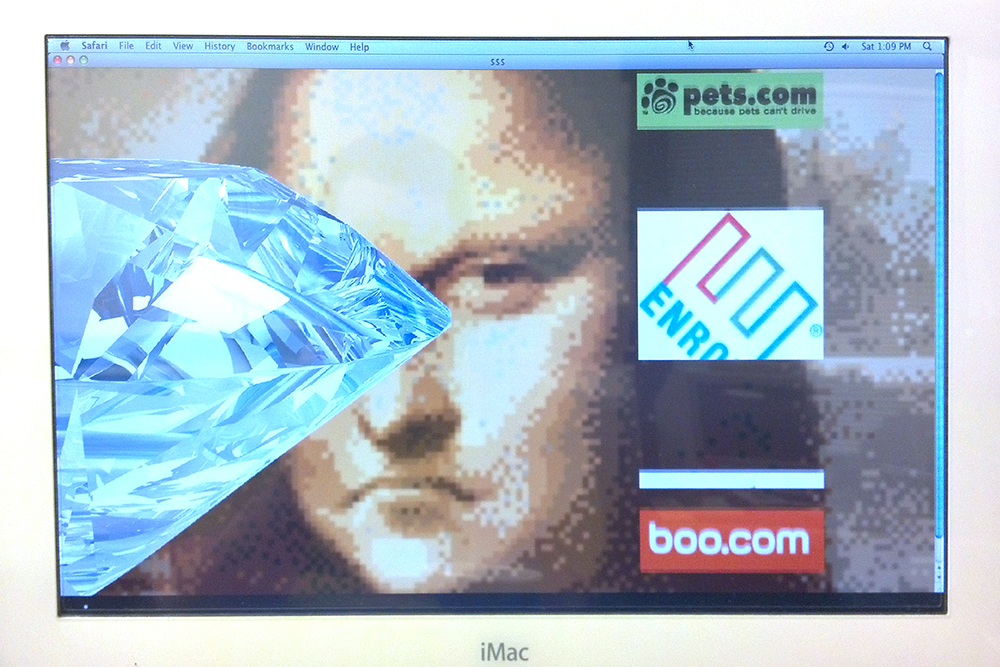